The province of Santa Cruz de Tenerife is located in the southwest of Spain. It is a province of medium size and is lightly populated.

The telecommunication access is widespread and good in Santa Cruz de Tenerife. The television and radio signal coverage is good. The network of ADSL cables and/or fibre optic is good, depending on the area.

The health services available to people in Santa Cruz de Tenerife are provided by a good public healthcare system which is complemented by private centres.

For more information about health centres we recommend that you consult the map provided with each HOUSETTEL development, where you can select the option of hospitals and health centres, and work out the number of them and their exact distance away.

If you are thinking about living in Santa Cruz de Tenerife, it is imperative to know what employment opportunities exist. For that we recommend inquiring about the most prosperous areas, those which generate more opportunities and wages:
Service sector
Commerical sector
Tourism sector (accommodation, hospitality, catering, activites)
Agricultural sector
Livestock sector
Industry (chemical, paper, automobile, pharmaceutical, aeronautical, technological, etc.)

The unemployment rate in Santa Cruz de Tenerife is 20%, therefore the chances of finding a job depending on your qualifications are difficult in the long term, arduous and there is high competition.

We will establish three phases of education which depend on the age of the pupil. The first section refers to students between 0 and 16 years old. For this phase the education options are public with the option of private education if desired.
The second phase refers to pupils who having finished the first phase of learning, and continue on to university education. Santa Cruz de Tenerife does universities.
The third phase refers to educational establishments with different types of professional training and all kinds of academies, such as adult learning centres for professional trade training.
To learn more about educational establishments we recommend consulting the map provided with each HOUSETTEL development, where you can select the education centre options and and work out the number of them and their exact distance away.

Due to its size, it is impossible to determine general weather conditions for the whole of Santa Cruz de Tenerife but we can guide you by informing you that the maximum temperatures registered are 28 degrees Celsius/ 70 degrees Fahrenheit
Rainfall is insignificant, being more substantial in the month of january, and less so in june.

As well as with the difference in climate, Santa Cruz de Tenerife has areas with very varied crime rates. Crime is a variable which indicates the rate of intentional homicide (unlawful death intentionally inflicted on one person by another), based on the list provided by the UNODC (United Nations Office against Drugs and Crime), or by the ministry or agency of the country.

For each example information will be provided on criminal offences per number of inhabitants, homicide rates, etc, indicating the reference source of the data. 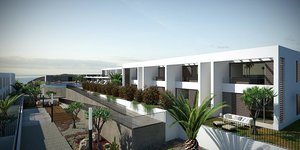 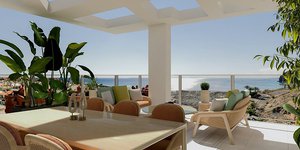 0.0
on 5
Education
Health
Cleaning
Transport
Security
n° 18 in the ranking of the best value provinces in Spain to live