Its capital is London and its currency is pound stirling.

The annual rate of change in the CPI in United kingdom is around 1.9%, an approximated value, which gives a measure of the revaluation or devaluation of its currency, and of the investments made in the country.

The unemployment rate, information which helps us to assess the employment opportunities in the country is 3.8%.

The Gross Domestic Product (GDP) allows us to calculate the per capita income, which in United kingdom 's case is 36 000 Euros per inhabitant, equivalent to 44 001 dollars per person. This figure, obtained by dividing the GDP by the number of inhabitants, allows us to get an idea of the buying power of the inhabitants and indicates average living costs in the country.

In United kingdom the official language is English. The most used is English.

According to the office of the United Nations against drugs and crime, the country´s crime rate is 1.20, meaning

Information of interest and practical questions:
Concerning the obtaining of resident permits (Golden Visa) for investors in the country, United kingdom has this option and the minimum amount required is 2 000 000 euros

In United kingdom you drive on the left for which reason vehicles have the steering wheel on the right.

The country´s electrical current is 220 volts with general character.

The maximum duration of a tourist visa is 180 days. If you wish to stay longer you must request a specific visa.

Normally any country´s driving licence is valid, although we recommend that you check the specific conditions depending on your nationality and age, especially if you wish to rent a vehicle. If you wish to settle in Spain you must approach the authorities to enquire about the exchange. 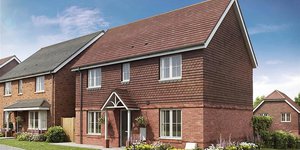 From 682,742 €
most expensive
new houses
in United Kingdom